Continuing the Saga of the Useful Skirt. Part One is here.
I must apologise for my photographs. As my laptop was away I had to use my tablet which does not have a macro function, and apart from that I am not the best photographer.

So far I have cut out the pieces, using the Calluna fabric from the Country Retreat range, fitted them to Diana and sewn the darts on the back. Then I placed both back on front on Diana to make sure they matched.


When happy I sewed the side seams together.

But only went up a few inches on the left side as I wanted to be able to get it on and off (naturally) and therefore needed a fastening. 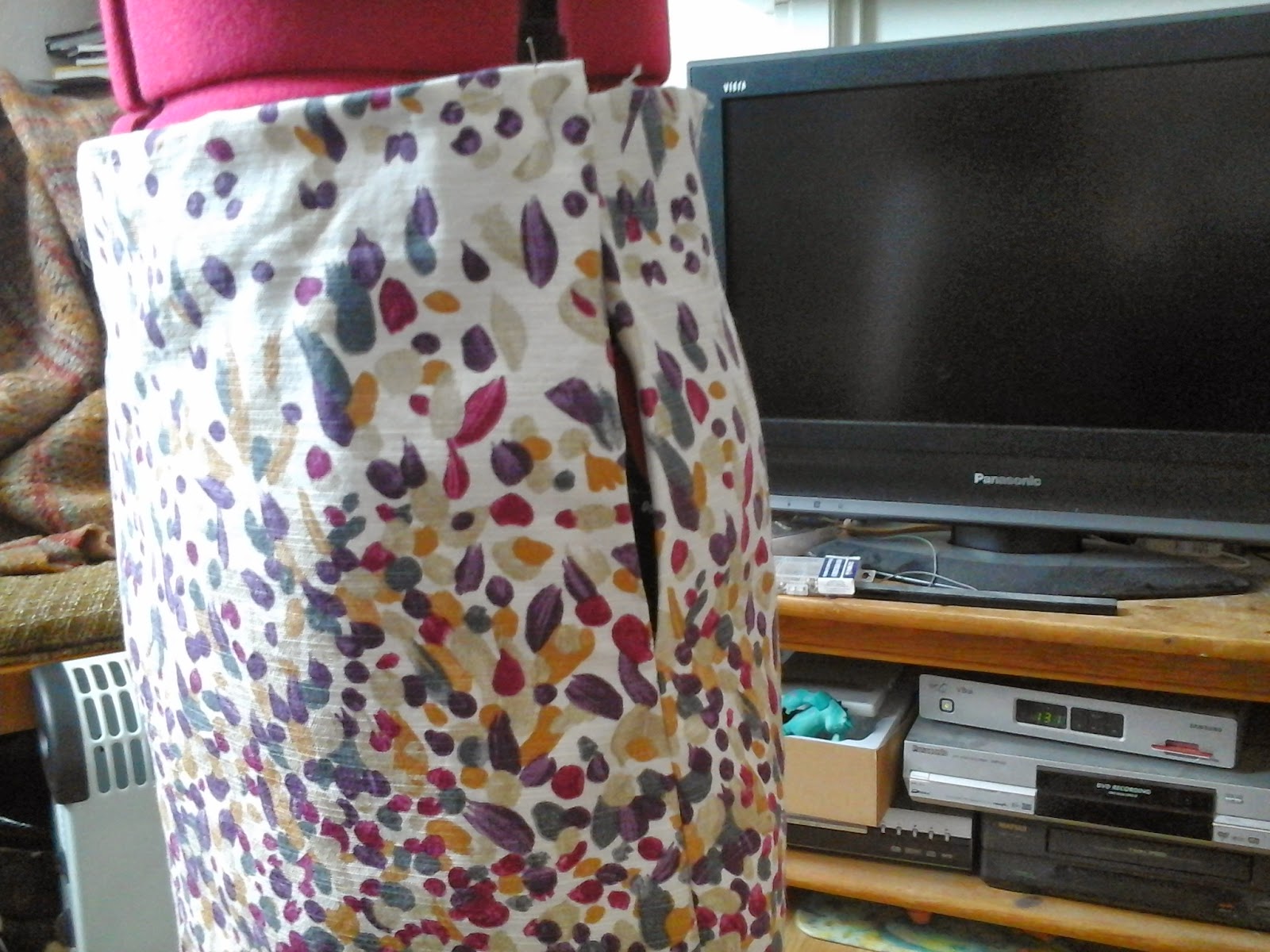 Please bear in mind that I was doing this as I was going along, with pattern. Therefore some of the things I did might have been better done earlier.  Anyway, I then thought about the facing. I used more of the lovely fabric and some interfacing.

When the facing was sewn on, I then proceeded to make a placket for the fastening. Before watching the latest British Sewing Bee episode, I had know idea what a placket was although I had obviously had one on a garment before.  I kind of did one without really knowing what to do. But it worked. I have a little flap of fabric onto which I sewed hook and eyes to fasten up the skirt. And when they are fastened you cannot see them.

Oh I have just looked up placket, and it is the whole opening not just the flap of fabric - ' 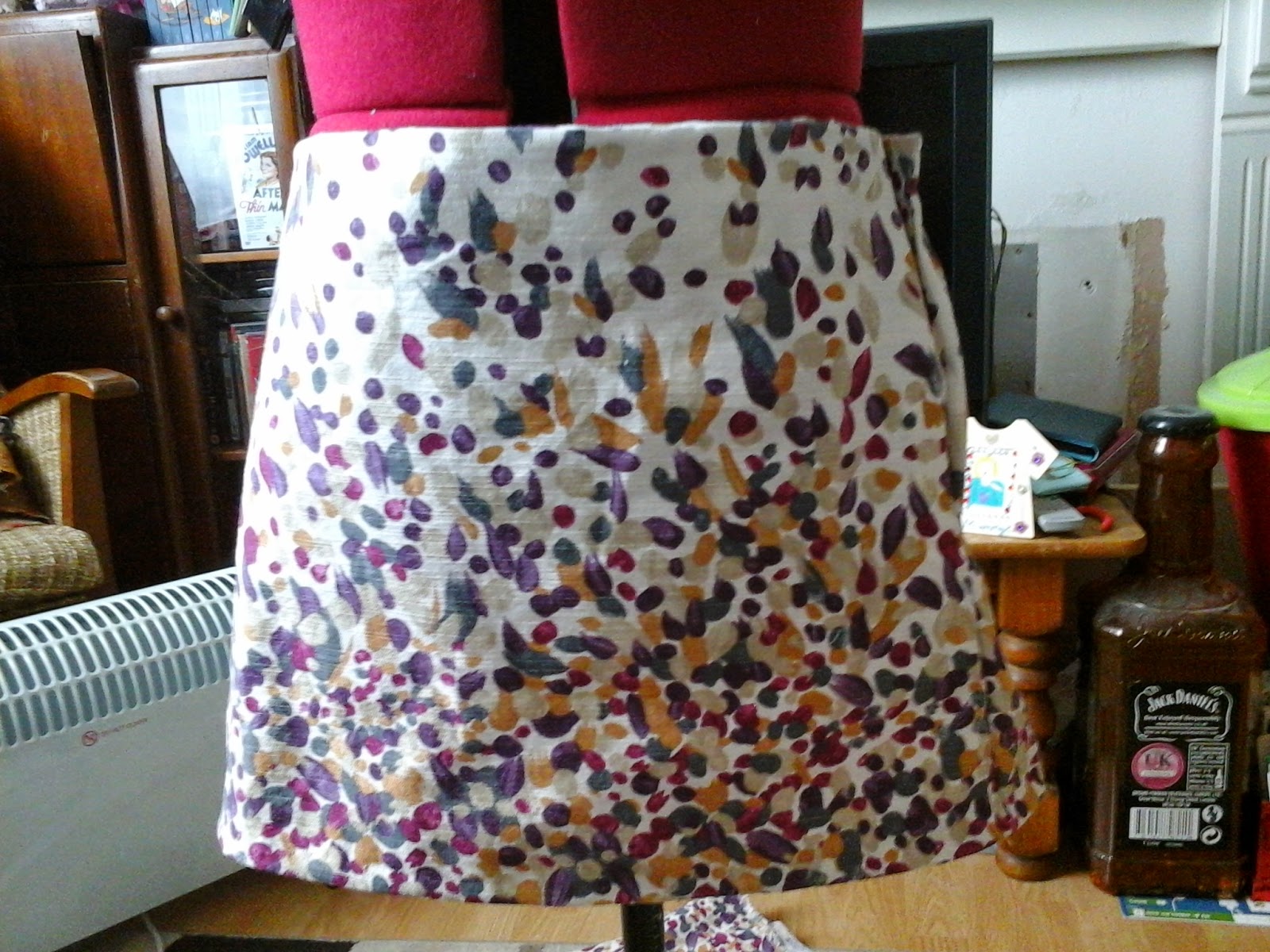 This is the skirt finished. I hand sewed the hem.   At this stage you may notice it looks a bit wider than in Part One. That is because it is. After I sewed the seams I tried it on and it was too small, so I redid the seams. So please try it on yourself before sewing the seams. (You really get a good idea about my prowess as a confident, knowledgeable sewer, don't you?!) 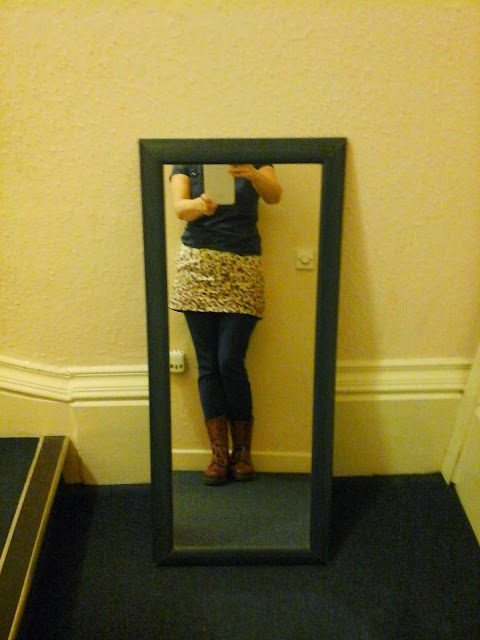 And here is the skirt on me! Done. And I am rather pleased with it.

oh well done - can I just say I especially like your model-girl pose, one leg slightly bent? :-)))

Yes I copy my model moves from my daughter!

Looks lovely on , I love the fabric .