The Unveiling of Charles Dickens

There have been no large statues of Charles Dickens in the UK. This has now changed as recently the new life sized statue of the author was unveiled in Portsmouth, his birthplace and my city.

So I went along with my camera.

And luckily it was a lovely day, compared to the rainy and windy days we have been having.

There were some cyclists to keep us entertained (did they have bicycles in Dickens's time?) 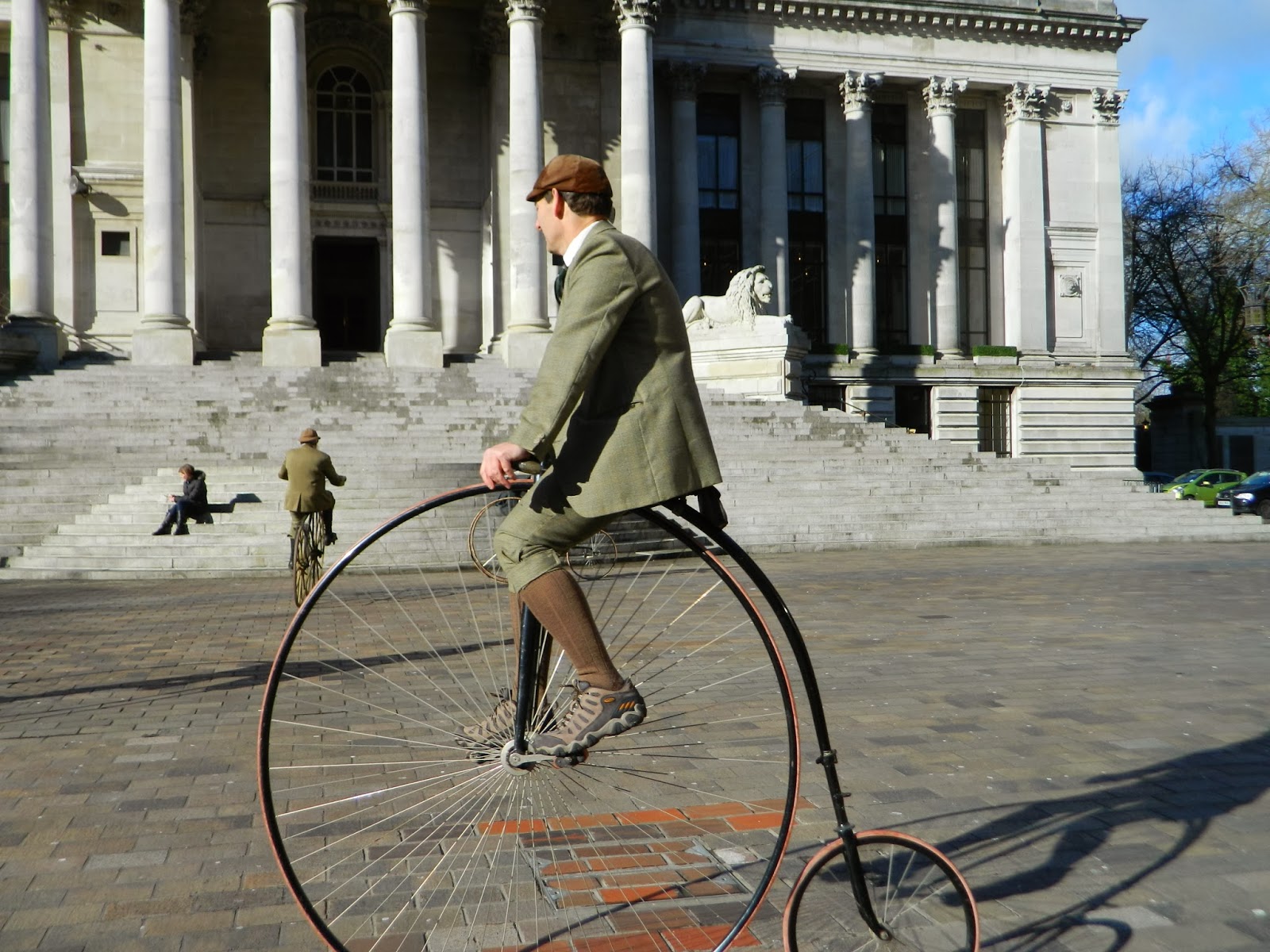 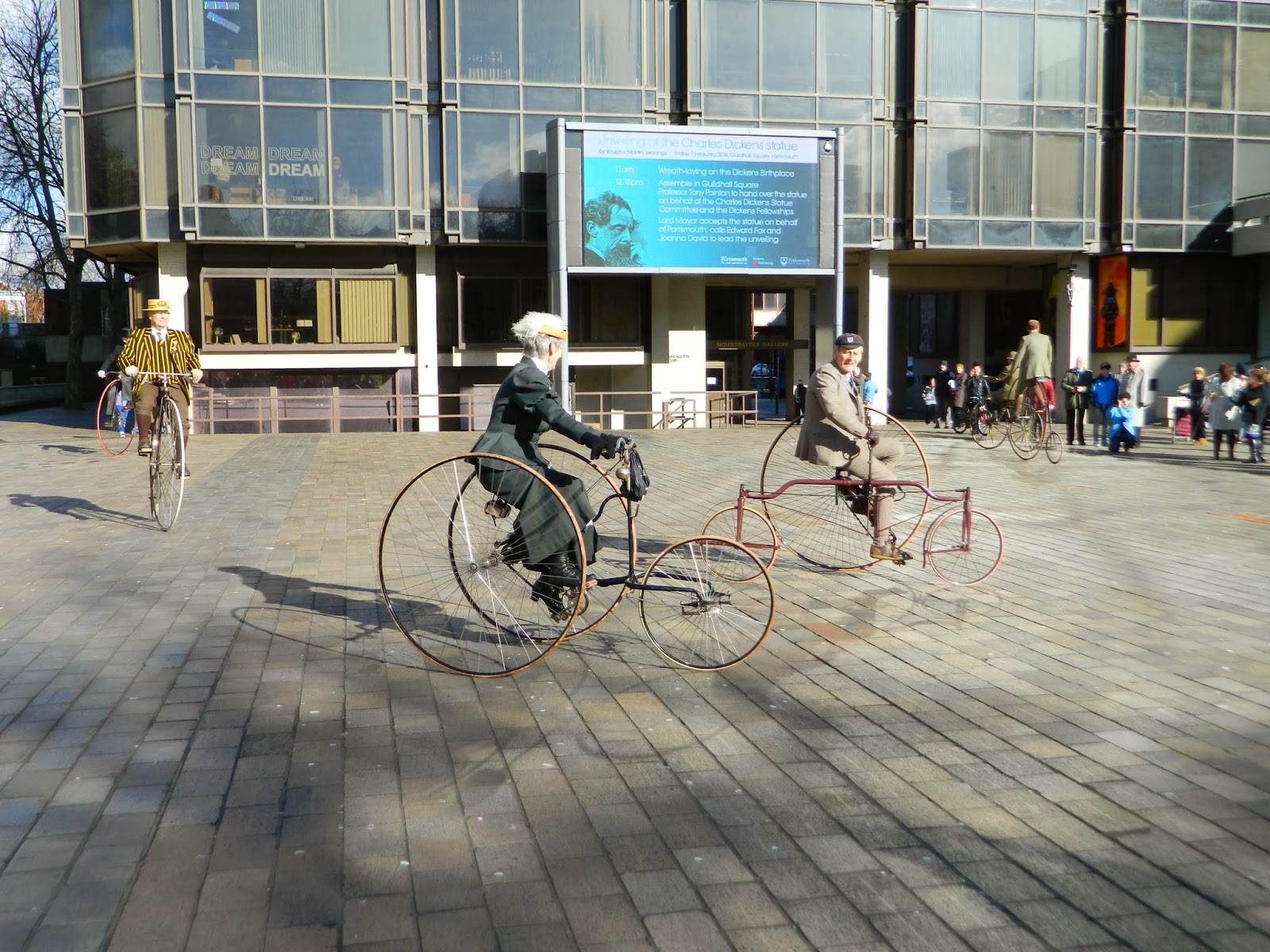 And there was the statue waiting.... 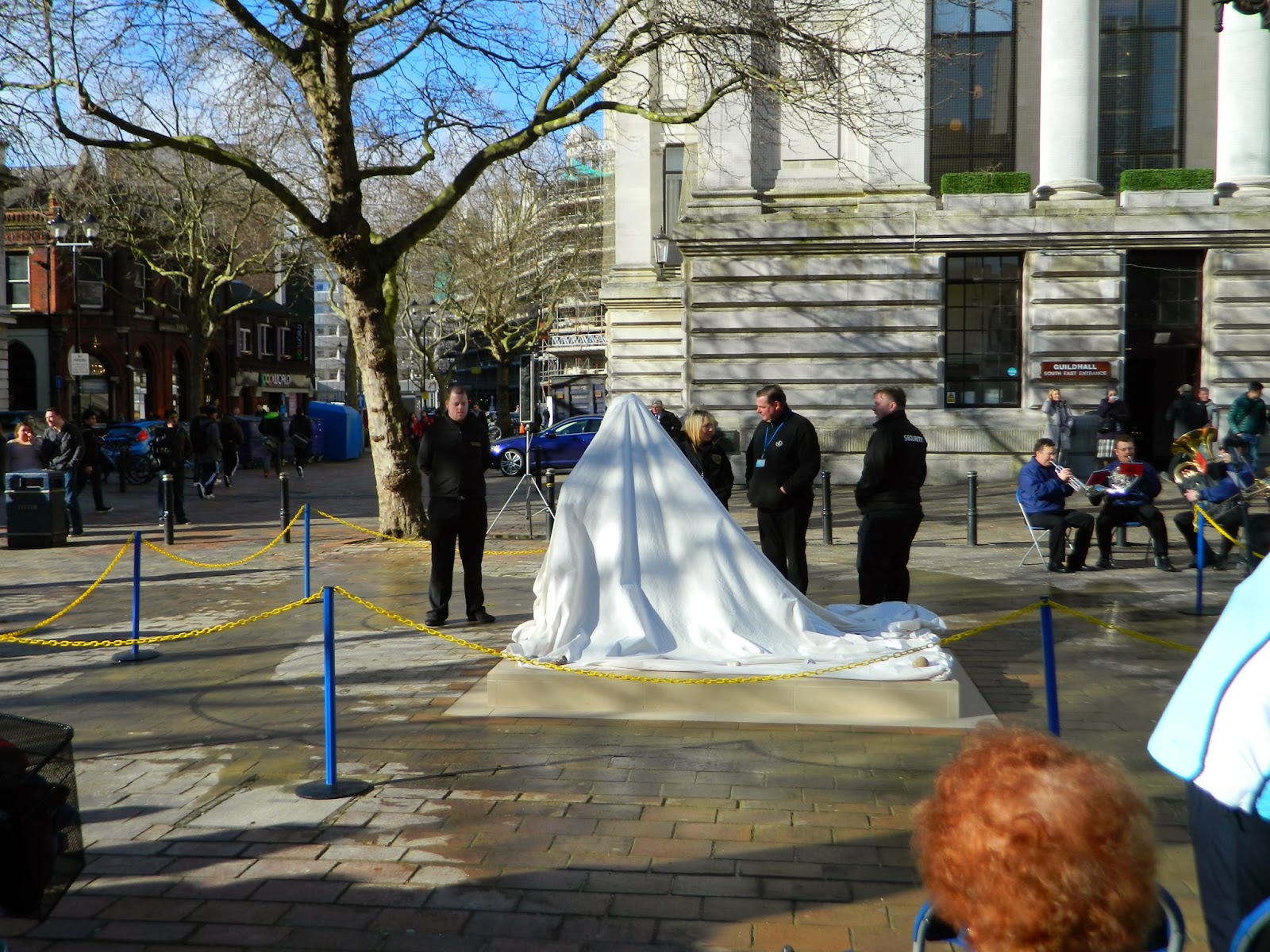 It was a lot smaller than I thought. But then I realised it was life sized which is rather lovely.

There was a wonderful talk by  Joanna David and Edward Fox, with readings from Dickens's works which makes me want to read him again. 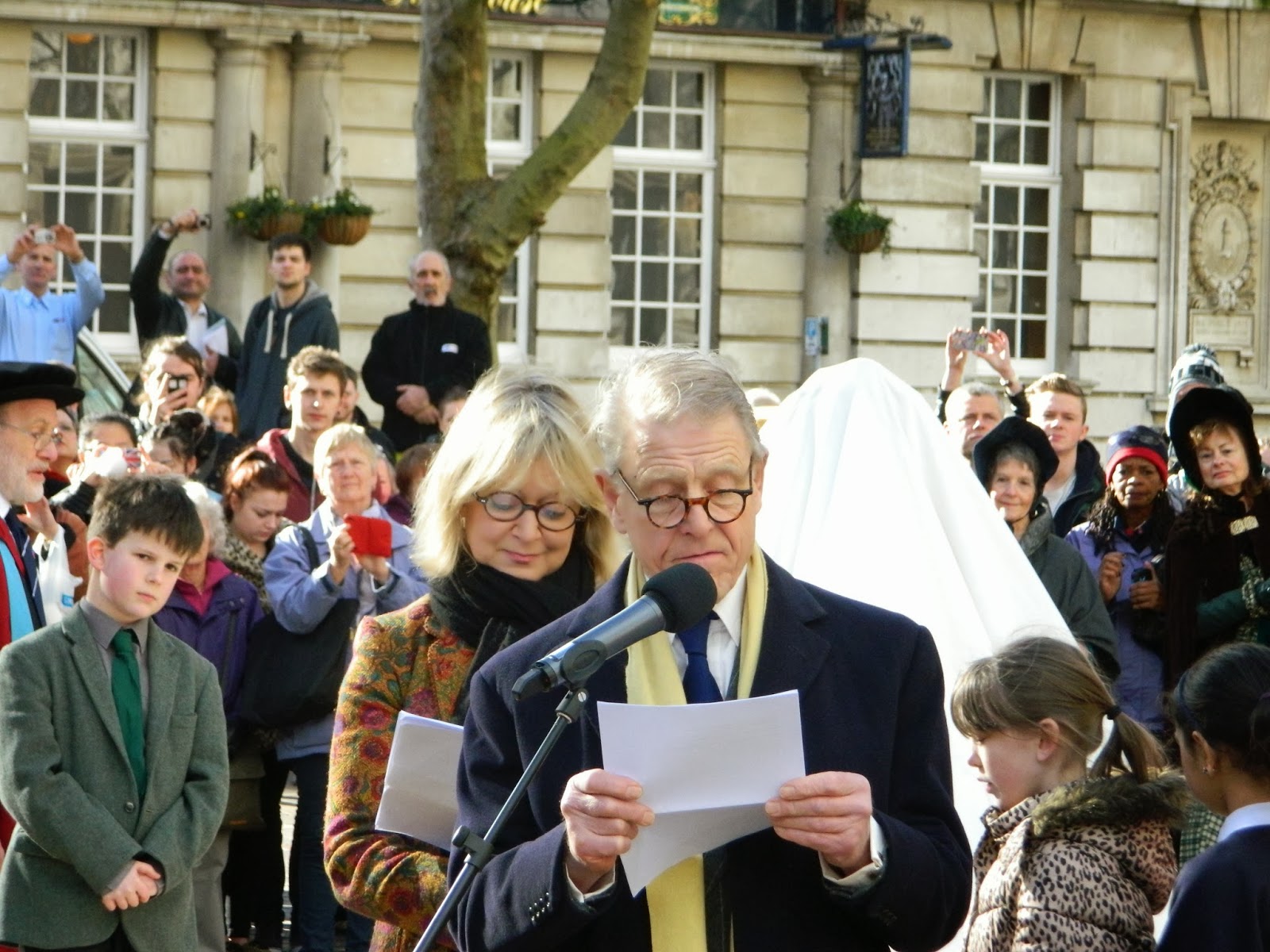 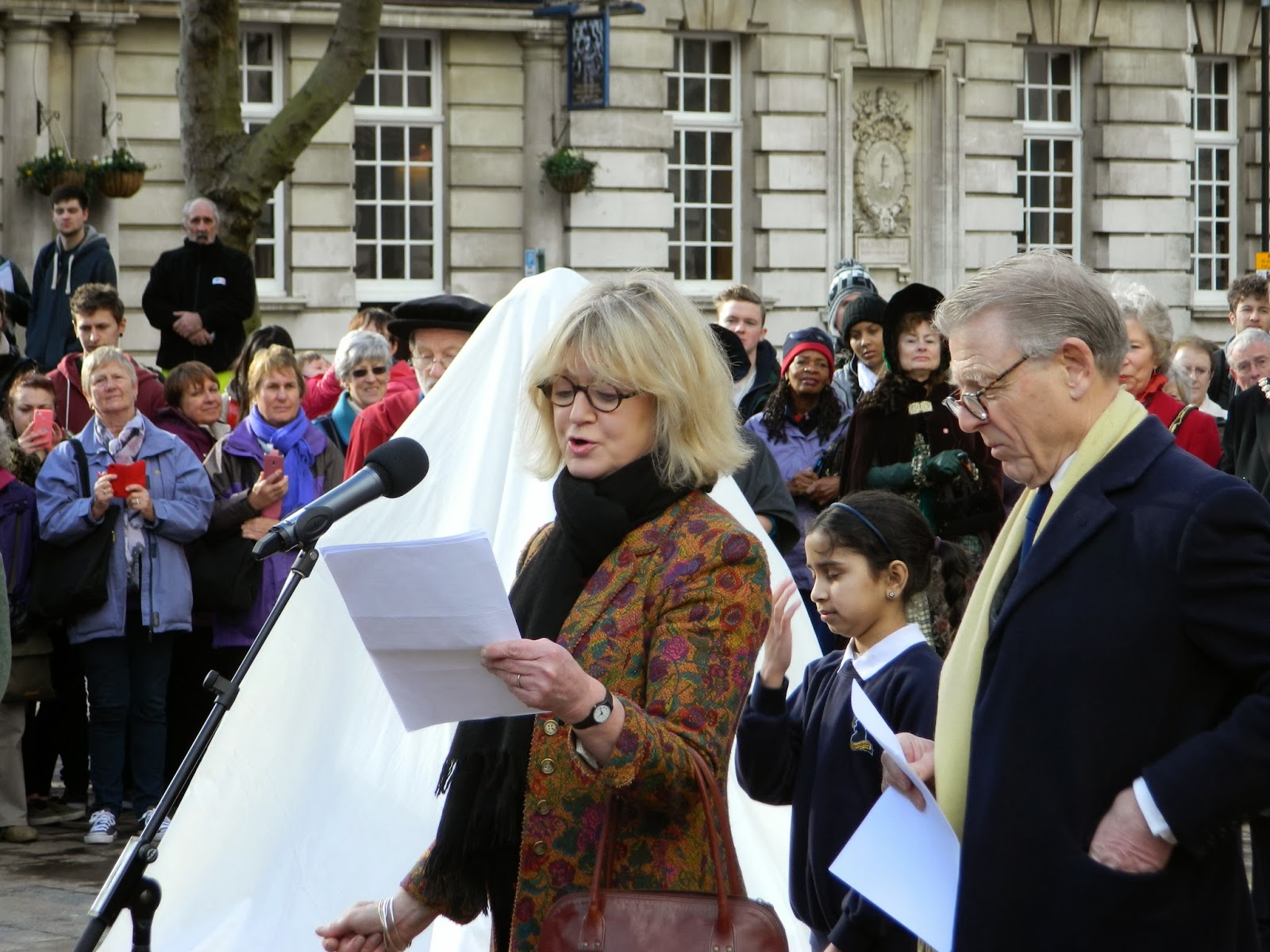 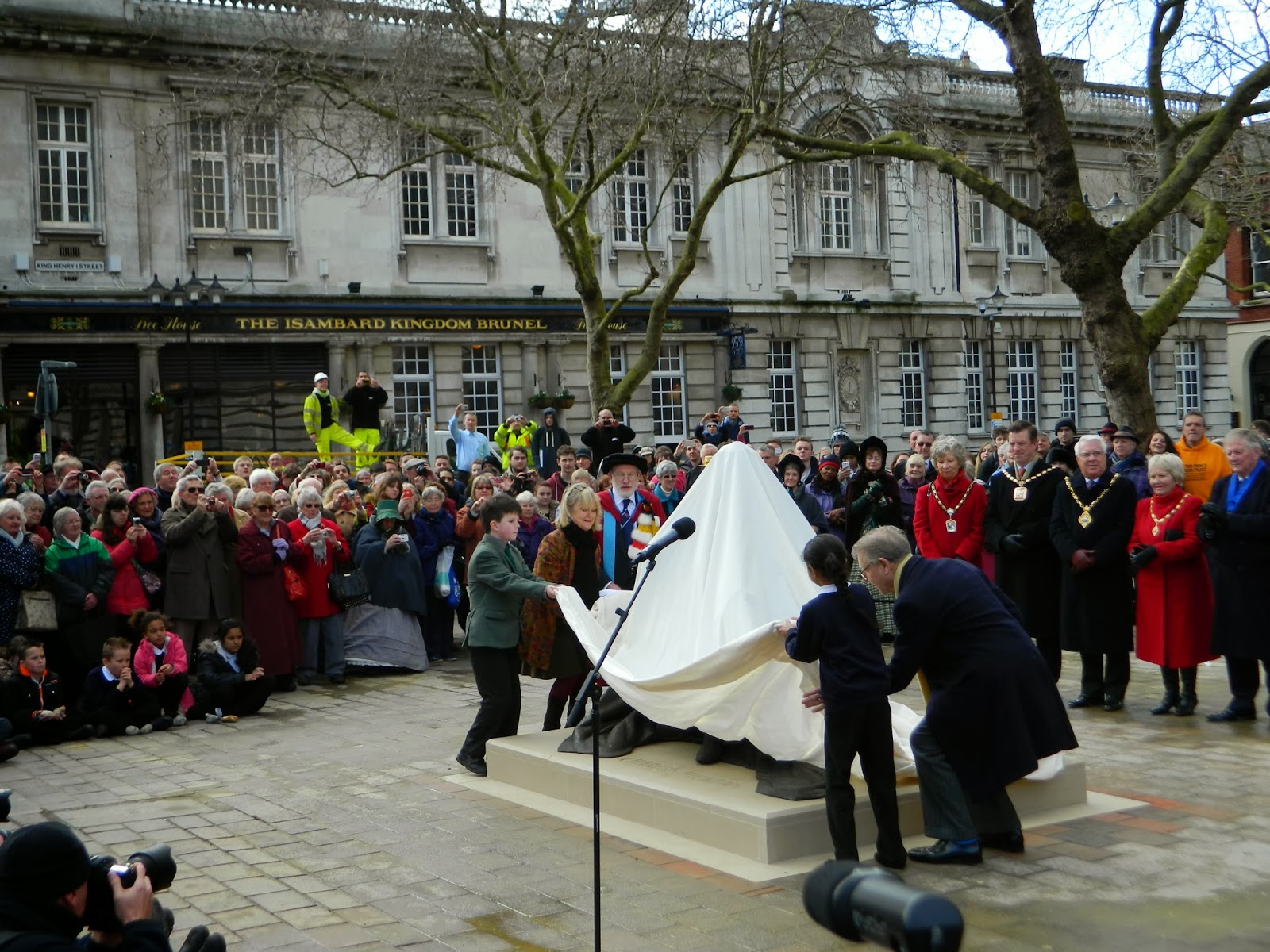 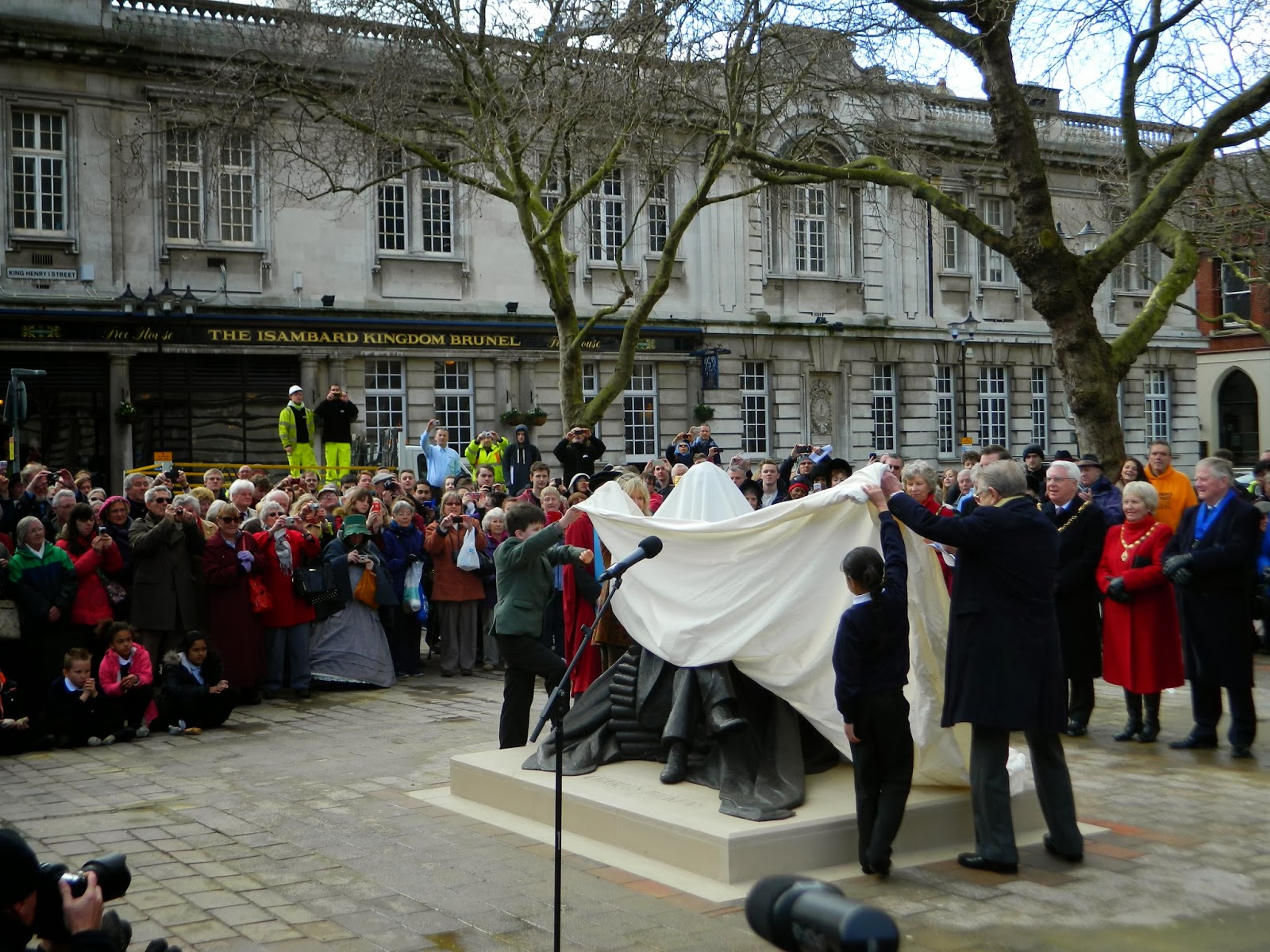 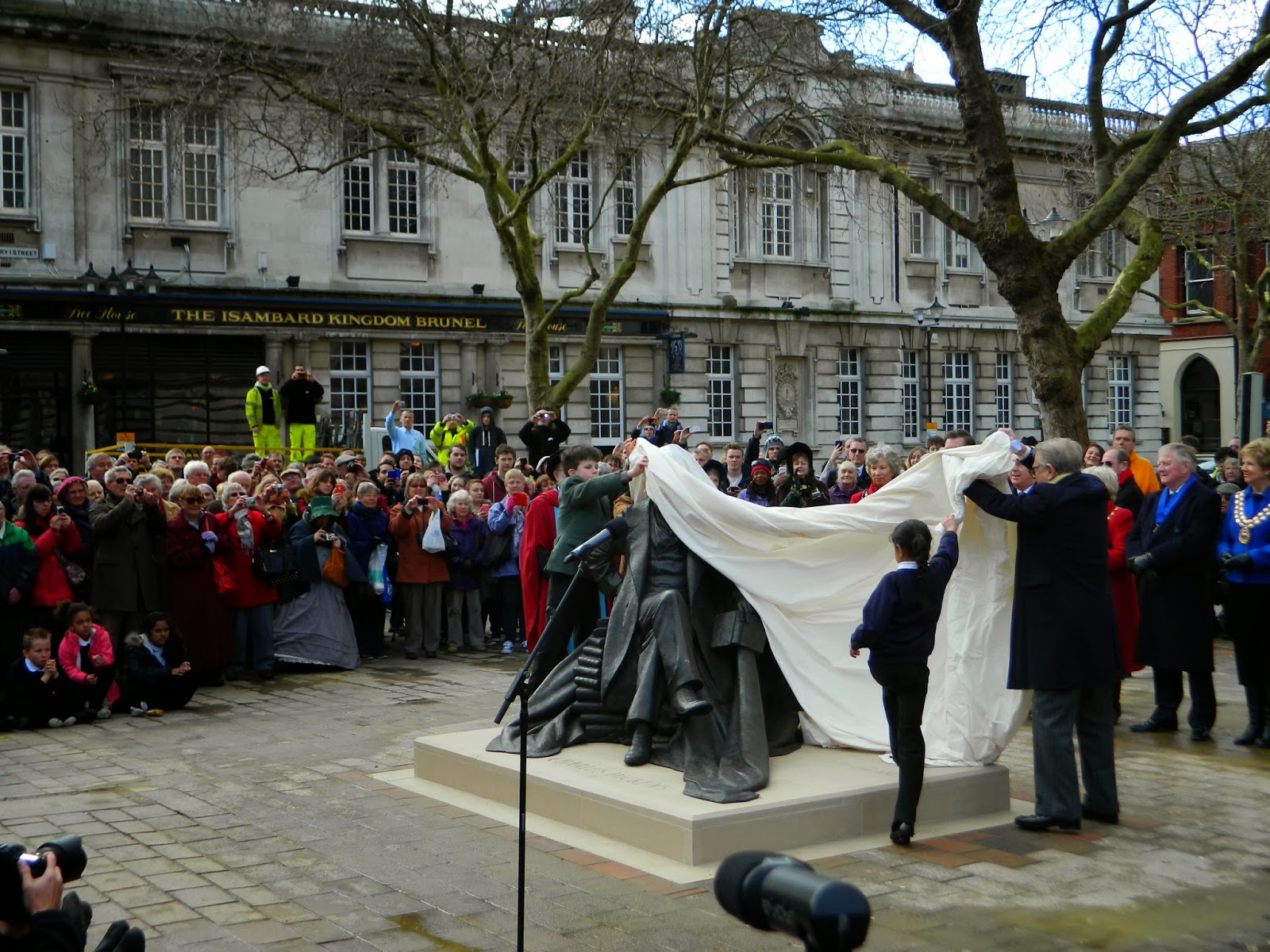 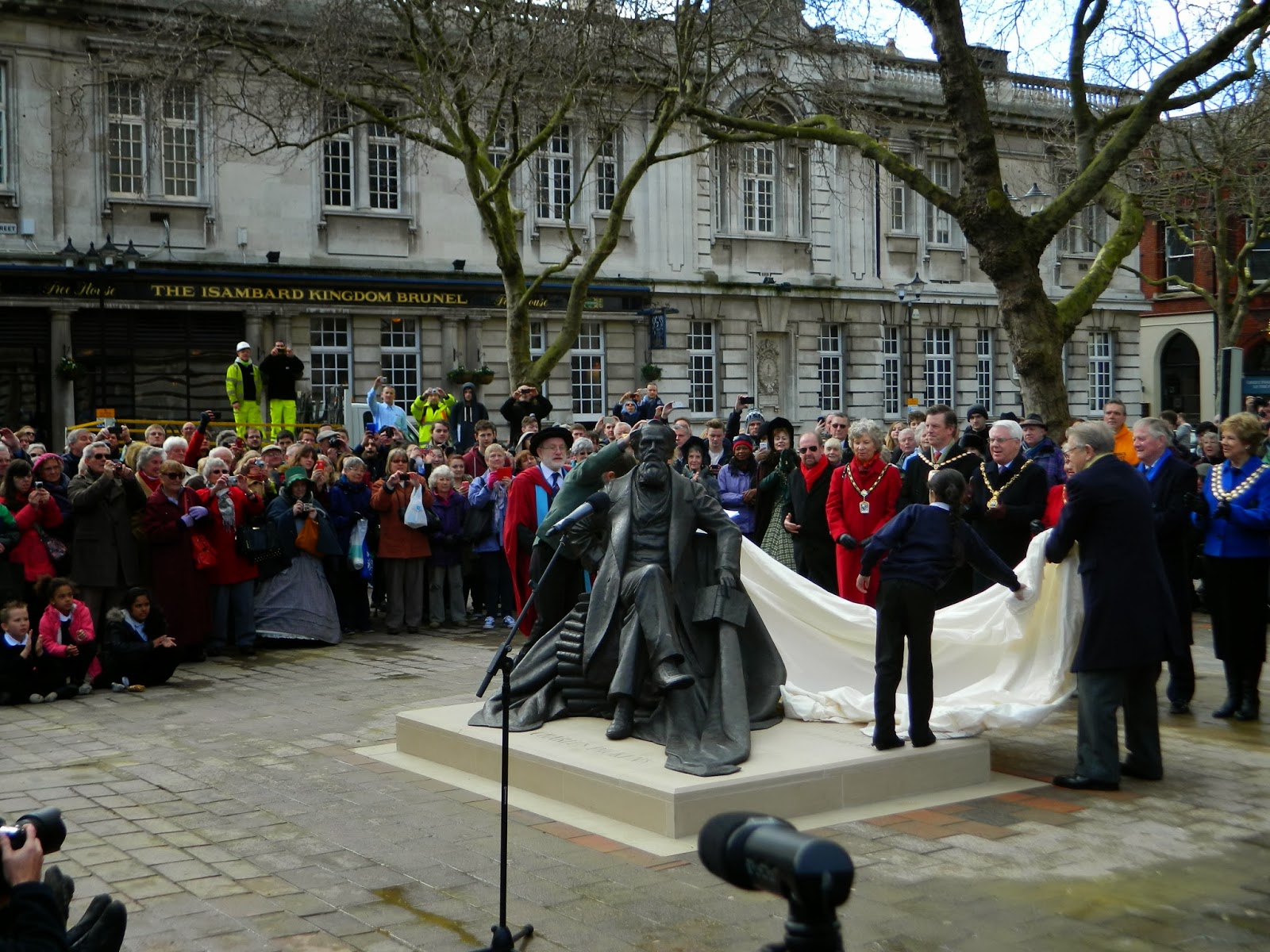 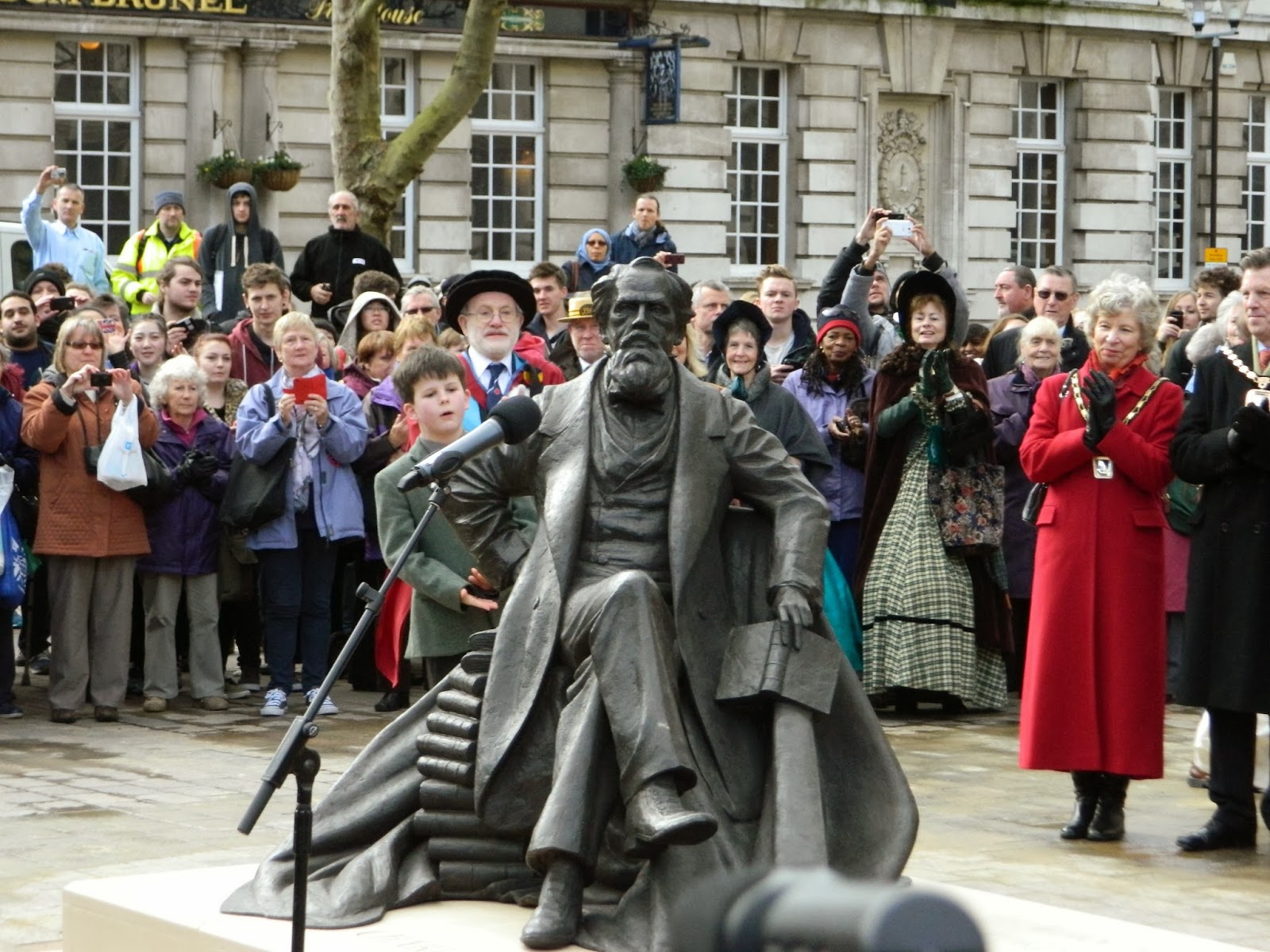 Ready to talk into the microphone as he did love orating.  (Thanks Lois, I hadn't notices it was so close!)

The boy behind him is Charles Dickens's great, great,something grandson.

So that is the life sized statue. If you want a smaller one then may I recommend this one 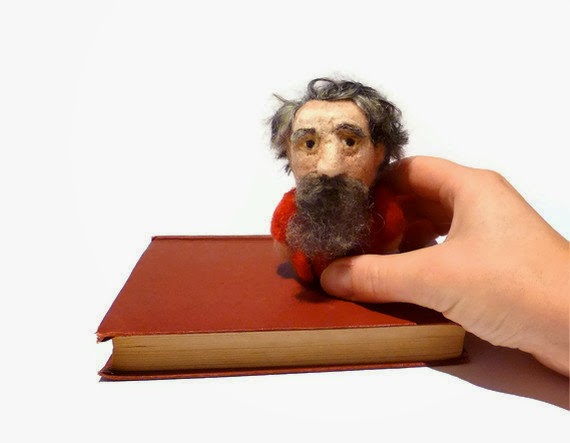 Isn't he wonderful? He is made by the talented Amy of The Greedy Crocodile.

It was a bit busy that day so I am still waiting to go down to the Guildhall Square and see him and have a more personal meeting.